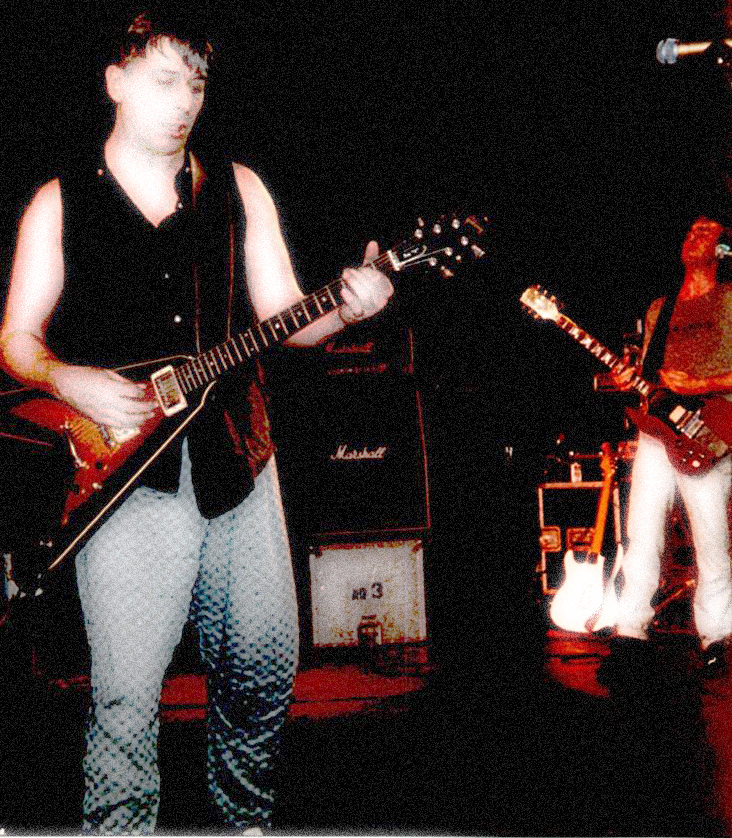 Call Yourself a Lover

F***in' with your Neighbor's Wife

Thanks to Roger Houdaille

Thanks to David Sandilands

Additional concerts with Ollie on bass only:

[Recordings in italics ae not held by the Archive]

That tour was the most erratic and unpredictable I have ever done. The personnel were widely dissimilar and the music veered from the sublime to the raucous. John was in "over the top" mode. Overweight and overindulgent in behaviour, drink and drugs. Ollie, on the other hand, was quiet and composed. He got a bit drunk and he did a bit of coke but he was never really a problem.

On one occasion when the band arrived at a hotel in
Holland John grabbed Ollie's guitar from the back af the
minibus and walked over to a river that was racing along
beside the car park.

"I hate this fucking guitar!", he shouted and lifted
it over his head to throw it in. Ollie. a full head shorter than John hopped around him frantically trying to retrieve it. Phil, the tour manager and front of house engineer, saved the situation by rescuing the instrument from John. Ollie painted this incident and that canvas is, apparently, somewhere in Spain)