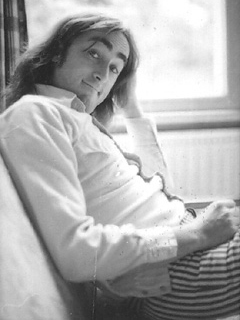 "Don't go to Top Gear or Orange for your guitars, don't listen to any music, don't buy any records."

Here's a compendium of classic quotes by Mr Halsall which we compiled for Ralph Heibutzki's splendid Ugly Things magazine three-parter a while back. Some very interesting and revealing words:

I was very lucky when I started playing. I had friends who introduced me to the right sounds. I heard Django at a very early age and he enlightened me to certain attitudes of guitar playing, i.e., to develop the instrument."

I deplore guitarists who just sit down and copy a solo they've heard and then make a few alterations ."

I had a natural aptitude for music, possibly because my father, Harry, played the euphonium in a brass band. My biggest influence was Bert Weedon. I've listened to him on records and seen him on the box."

Griff, the bass player, asked me to play vibes, which I'd never played before. I practiced on strips of paper until I got vibes, then I listened to Milt Jackson records and copied solos. I always wanted to be a vibes player. I was knocked out with the instrument, used to listen to Milt Jackson all the time. Griff knew this and he sensed I was a natural musician because I was a pretty good drummer."

I borrowed Kevan [Foggerty]'s guitar and started blowing on it and getting into it. I knew I would play it eventually. Deep down I had always been a guitarist."

I was always more interested in singing and songs, and writing, than instrumental things. But John Hiseman always wanted an instrumental-based band. I'm an instrumentalist, I can cope with that. But I always thought that John was using me as his passport to some sort of commercial utopia that he'd never reached, and he thought he was going to reach it through me."

[In the recording studio] we just go in there, set up the mics and play. We try to do as much of it live as we can, but when I have to play guitar and piano on the same track we can't (...). [On stage] I'm playing just a bit of piano, mostly guitar, as Mike is handling the keyboards (...) I'm handling the leaping about and the guitar."

I would like to play guitar the way [Cecil Taylor] plays piano - which is totally devoid of any tonality or any rhythmical structure at all. We went through that stage with Patto."

A lot of people copy things. You see, if I bought a Jimi Hendrix record, that would be it. It would destroy me. I've heard his records, but if I sat at home with one and lived with it... I know what I'm like. I get influenced terribly easily, you see. That's why I never buy any records. I've always played music but I don't follow anybody (...) To be honest, I'm more into people and situations than the intrinsic technicalities of music."

Don't go to Top Gear or Orange for your guitars, don't listen to any music, don't buy any records. That [you are supposed to listen to other people's music] is bullshit. Do that and you're perpetuating the whole trip - just another suburban Clapton."

My guitar playing] has always been completely spontaneous because I'm basically bone-idle. The only world tour I ever went on was as support with Patto for Joe Cocker. Even then I really had to fight not to end up playing the same notes every night. I mean, take Alvin Lee [of Ten Years After]. I'm not putting him down, he's a good friend. He's a great front-room guitarist. He can play a superb blues but the strain of years and years of touring has conditioned him only to one approach. With people like him and Clapton it's down to 'that solo's famous'... People expect you to play the same over and over. It's like having to play your greatest hits. Not that there's a lot that can be done anymore. It's down to the individual. I've got the same guitar as everyone else, the same strings."

I've always been a musical freak (...) It's perhaps down to the way I live. I don't live surrounded by music, and I've not got loads of guitars and I don't go out and buy the latest Stevie Wonder album (...) I mean, so many guitarists are into following people, they're searching for something. But I've already found it - I know that sounds arrogant. What I mean is that I know what I'm doing and I know that because of the way I approach it, to a certain extent probably about sixty per cent of what I play comes out sounding new."

I always practice on heavy-gauge strings at home, with a very high action. (...) When you come down to a low action with nice light strings, you can really take off."

Very little has been done with [the electric guitar], you know. One or two people have taken steps forward, but I honestly resent anyone saying that nothing more can be done. The only player I find myself listening to is Django [Reinhardt]. I tend to listen to horn players, and pianists, especially Cecil Taylor."

In terms of acoustic work I use a Martin. I play an awful lot of acoustic at home. In fact I use an old acoustic of mine for composing on. It's a scaled down classical guitar - it has a regular-sized neck and a small body. In fact it's a little bit like a six-string ukulele. Usually when Mike Patto and I write together, I'll come up with a chord sequence first and he writes the words afterwards. I get ideas for music when I'm walking about or on trains or buses and then I transpose those ideas onto the guitar."

I play very organically. I like to think there's nothing between the guitar and the amp to distort its natural sound (...) I don't really like instruments that are too electrical (...) One thing I do use a lot is the [vibrato] arm, but that's a mechanical thing after all. You can get some great effects using the [vibrato] arm (...) That's what I like about the guitar, it can sound like so many different things."

I was constantly exposed to music as a child. I had two elder sisters who liked Johnny Ray and Gene Vincent and I think they were the first artists who really got to me. One of my sisters owned a guitar and I messed about with it for a bit, but the instrument I first seriously took up was the drums."

The vibes sound good mixed with another instrument. Vibes and electric piano is a really nice mixture (...) And, of course, they are a really interesting instrument for soloing on (...) Milt Jackson and Buddy Hutchinson (...) show off the different attitudes to vibes playing that people have. You can either treat them like a percussion instrument or like a keyboard. Hutchinson really bashes them, he plays really percussively, whereas Jackson is a much more broad player, he plays in a very pure way (...) Personally, I like to treat the vibes as a percussion instrument - it's more like playing a drum kit than a piano, for example."

I must get out of Spain and start playing guitar again. 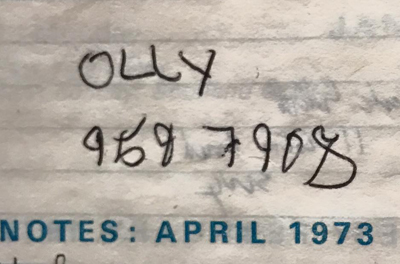